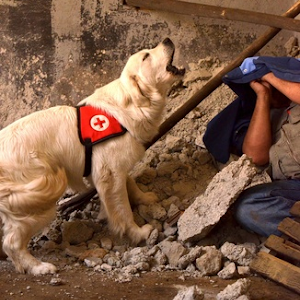 Although nowadays we know dogs mostly as companions, since dogs have been domesticated, people have been putting their instincts to work in jobs such as hunting, hauling, herding, guarding and tracking. To produce a skilled labor pool, people bred only dogs that were best at particular jobs. Because working dogs instinctively know how to perform, training involves giving them direction rather than showing them what to do.

Today, some dogs have real “careers”, performing tasks that have become indispensable to us humans. Depending on the work they do we can speak of: 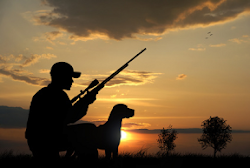 Herding dogs are known as stock dogs or working dogs and are a type of pastoral dogs, that have been trained in herding or belong to breeds developed for herding. Their ability to be trained to act on the sound of a whistle or work of command is renowned throughout the world.

These type of dogs can work in different ways. Some breeds, like the Australian Cattle Dog, nips at the heels of animals (for this reason they are called heelers) to steer them in the right direction.

Other breeds, like the Border Collie, get in front of animals and use what is called strong eye to stare down the animals and because of that they are knows as headers. Headers or fetching dogs keep livestock in a group.

Some times of herding dogs use both methods and also run behind the herds. (Australian Kelpie, Australian Coolie). The Australian Shepherd or the English Shepherd are moderate to loose eyed, working more independently. The New Zealand Huntaway uses its loud, deep bark to muster mob of sheep. The German Shepherd and the Briard are knows as tending dogs, who act as a “living fence”, guiding large flocks of sheep to graze while preventing them from eating valuable crops and wandering onto roads.

A guard dog, an attack dog or watch dog is a dog used to guard against, and watch for, unwanted or unexpected people or animals. A properly trained guard dog will not annoy or attack familiar people.

A police dog, or a K-9, is a dog that is trained specifically to assist police and other law-enforcement personnel in their work. The most commonly used breed is the German Shepherd, although the Belgian Malinois is becoming more and more popular.

A growing number of law-enforcement organizations outfit dogs with ballistic vests and some make the dogs sworn officers, with their own police badges and IDs. Furthermore, a police dog killed in the line of duty is often given a full police funeral. 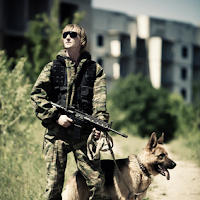 War dogs have a long history since ancient times. They were trained as scout, sentries and trackers by Egyptians, Greeks, Persians, Sarmatians, Alans, Slavs, Britons and Romans.

The Molossian “Canis Molossus” dog of Epirus was the strongest known to the Romans and was specifically trained for battle. Among the Greeks and Romans, dogs served mostly as sentries or patrols, though they were sometimes taken into battle. They were often sent into battle with large protective spiked metal collars and coats of mail armor.

War dogs have been used since the middle of the 7th century BC and continue being a valuable military asset today. 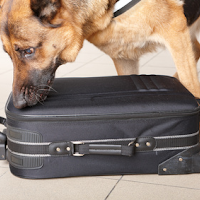 A detection dog or sniffer dog is a dog that is trained to use its senses (most of the times its smell) to detect various substances. Detection dogs have been trained to search for substances such as:
human remains, crime evidence, currency, drugs, explosives, firearms, mobile phones, mold, plants or animals, polycarbonate optical discs, termites

The most fascinating thing about detection dogs is that they can discern individual scents even when they are combined or masked by other odors. 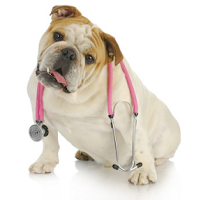 Medical detection dogs are trained to detect odor changes that are associated with certain medical events. For example for someone living with, hypoglycemia or the avoidance of it can be a daily problem. These dogs are able to recognize low blood sugar levels, because these give off a different scent than those within the normal range. The same principle applies to other diseases, such as Addison’s disease or even cancer.

These canine doctors are a valuable asset in modern medicine, being able to detect diseases than sometimes high-tech machines cannot. 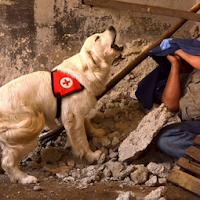 Search and rescue dogs or SAR are considered true heroes among the canine world. They are a valuable component in tracking missing persons lost in the wilderness, caught in avalanches, buried under collapsed buildings, mass casualties events etc. It takes a special kind of breed to become a SAR dog, one that poseses multiple skills like intelligence, agility, stamina, drive, confidence and the most important the ability to listen and respond to its handler. The most common breeds used for this job are the German Shepherd, Belgian Malinois and the Labrador Retriever. 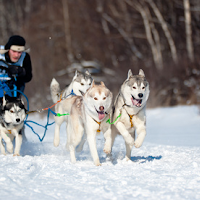 Sled dogs are a group of dogs that are specially bred for the purpose of pulling a dog sled. They are used for hauling goods and transportation in snowy and rugged areas that are hard to reach through other methods. They were first used for pulling sleds about 3000 years ago for hunting and fishing and in the late 1800s these breeds were used in Canada and US by the police to maintain order around gold mines.

As you can guess breeds that are used for this job have to be large, strong and have a lot of stamina. The most common breeds used for sled pulling are the Alaskan Malamute, Alaskan Husky, Canadian Eskimo Dog, Greenland Dog, Siberian Husky and other breeds. 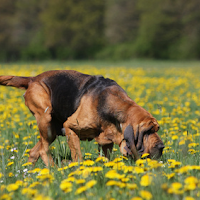 Tracking dogs are used for finding missing people, criminals, escaped convicts or even lost objects. Thanks to their highly sensitive olfactory system, dogs are able to discriminate between different human scents. A tracking command for a dog includes three phases:

The most common breeds used for tracking are the Bloodhound and the German Shepherd. 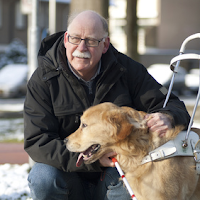 Service dogs or assistance dogs depending mainly on the country, are specially trained dogs that help people who have various disabilities like visual difficulties, mental illness, hearing impairments, autism and so on. The dogs used for this job must poses different traits, including good health, good temperament and a high intelligence. The most common breeds used are the Germen Shepherd, Golden Retriever and the American Pit Bull Terrier but almost any breed can become a service dog. 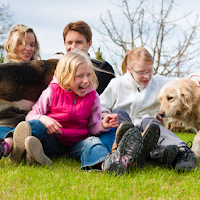 Therapy dogs are used in hospitals, retirement homes, schools, nursing homes, disaster areas... well to sum it up in any stressful situation. The dogs are trained to provide affection and comfort to people. Almost any type of breed can be used for therapy, the most important characteristic are their temperament. They must be friendly, confident and must enjoy human contact. The first therapy dog was a young Yorkshire Terrier called Smoky. She was used in World War II and provided comfort and entertained the troops. 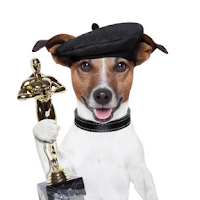 Entertainment dogs or performing dogs are used to entertain their audience through different tricks and acts. These dogs can be seen in different circus shows or in different movies or commercials. The first dog that appeared on television is Blair the Border Collie. She starred in Rescue by Rover in 1905 where she saved a baby from a thieving woman.