Algeria, officially The People’s Democratic Republic of Algeria, is a country in North Africa on the Mediterranean coast. Its capital and most populous city is Algiers. Algeria is a semi-presidential republic; it consists of 48 provinces and 1541 communes. With a population exceeding 37 million, it is the 34th most populated country on Earth. The territory of today’s Algeria was the home of many ancient prehistoric cultures, including Aterian and Capsian cultures. Its area has known many empires and dynasties, including ancient Berber Numidians, Carthagians, Romans, Vandals, Byzantines, Arab Umayyads, Berber Fatimids, Berber Almoravids, Berber Almohads and later Turkish Ottomans.

There are two very interesting dog breeds that originate in Algeria: the first one is the Azawakh, a dog from the Sahara desert and a rare sight nowadays. It was originally used to hunt small animals and also as a guard dog and as a pet by the Tuareg people. The second dog breed is just as interesting: the Sloughi originates in North Africa and is considered to be the descendent of the Egyptian Greyhound, Aboker that existed thousands of years ago. These Algerian dog breeds are two very old breeds, with a strong background behind them, making them an important part of Algerian history. 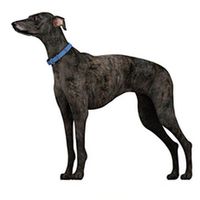