Romania is a country located at the intersection of Central and Southeastern Europe, bordering on the Black Sea. Romania has as neighbors Hungary and Serbia to the west, Ukraine and Moldova to the northeast and east and Bulgaria to the south. It is the eight largest country of the European Union by area, and its capital, Bucharest, is the sixth largest city in the EU.

Romania has a temperate and continental climate, with four distinct seasons and a geographic setting that consists in all types of terrain (mountains, hills and lowland territories). Having been a country with a strong agricultural structure, Romanian dog breeds had to be large, sturdy, enduring and powerful, to be able to guard livestock from wild animals or to guard properties.

Thus 4 new breeds were created and specially developed to help the shepherd in his job. These breeds are excellent watch dogs and guard dogs mainly because they are very devoted to their master, are calm, balanced and courageous. This guys will show no fear in front of their enemy (wolfs, bears and lynx)

There is currently one other breed under development, the Dobrogea Hound. This breed was the idea of veterinarian Adrian Balba that wanted to create a well-balanced hunting dog, adapted to the Dobrogea area.

The first step was made, there are some females obtained through crossbreeding the Labrador with the German Pointer, females that are meant to be crossbred with a type of hound. Although the development of the breed has begun, it will be at least 6 years until this breed will receive FCI approval. 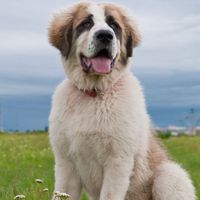 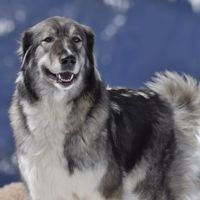 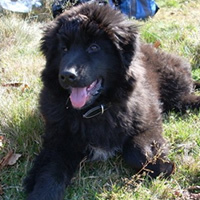 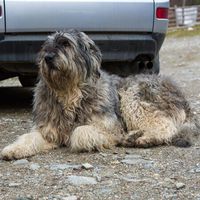