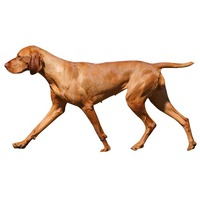 According to the manuscripts of the 14th century, similar dogs had existed in Central Europe for almost 1000 years. In the 19th century the breed had been enhanced especially with the Pointer and the German Shorthaired Pointer, the present breed being the result. After the First World War the breed was on the verge of extinction but the enthusiasts managed to save it.

It is a medium- to large-sized, muscular, strong dog with a noble look. The size of the head is proportional with that of the body, the skull is wide, slightly rounded, the muzzle has the same length as the skull and the nose is straight and brown. The eyes are medium-sized, prominent and dark. The V-shaped ears are long, with rounded tips and drooping. The tail is of medium thickness, docked at 2/3 of its natural length and kept horizontally when moving and low at rest. The coat is dark gold, short, smooth and without fluff.

It is an intelligent, gentle, even-tempered and eager to learn dog, obedient and devoted to its master, affectionate and loving with children, vigilant and protective without being aggressive with strangers. It gets along with other dogs and household animals.

For the short haired type the coat must be brushed more often in the shedding period with a rubber brush to remove dead hairs. Occasional trimming is needed for the types with wiry hair. The excess hair between the footpads must be also removed.

It is a dog which likes to exercise and to be active. It is recommended to active people who can make time for the dog to take it on long walks, jogging, fetching and swimming. It can live in an apartment if it gets its daily dose of physical and mental exercise. Nevertheless, it is happier in an enclosed yard where it can move freely. It needs training and socialization.

This dog is easily trained because it is eager to learn and wants to please its master. The training must be gentle but consistent and well-balanced.

It is a hunting dog, a very good retriever both on land and water. It is a gentle and affectionate companion. 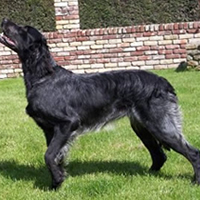 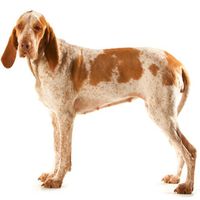 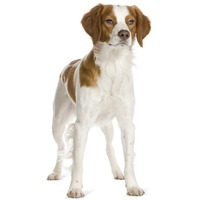 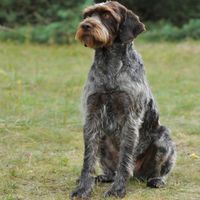